Felt ok about my workouts this week.  I have been completing solid workouts, but still not where I want to be.  I am going to try to really focus on how much sleep I’m getting, because I think that is a huge factor in my energy levels.

Monday AM: Why did I ever plan Monday AM workouts?  Got 1.5 miles in once I convinced myself to get out of bed because I’d be mad at myself if I didn’t.  Also, looked at the tread on my running shoes – um, yikes! No wonder my feet have been so unhappy with me!! Time to lace up the new pair I have on deck.

Monday PM: Yoga with Jaye.  This class was MUCH better than last week’s.  Seemed a lot more organized and flowed much better.  Some of the transitions she cues for are a little awkward, but I’m getting used to it.  Practice went a bit longer than normal since she was a few minutes late and wanted to make sure we got a decent amount of time for shavasana.

Wednesday AM: I need to go to bed earlier cause getting up was SO HARD. By the time I stretched and rolled I only had time to get 1.25 miles in.

Wednesday PM: Had to skip yoga because I had a bridal shower for a coworker after work and then a birthday dinner for Michael.  I hate missing class!

Danny wrote me a workout to do because he couldn’t be there.  After he sent it to me, I asked him if he hated me.  Hard workout, but I was pleasantly surprised how well I did!

Friday AM:  Woke up late.  Again.  I don’t know if it was because I woke up late and was slightly but unnecessarily panicked or what, but my heart rate was a little higher than it normally is.  I decided against cardio and did some nice gentle yoga instead.  Felt good.  Made me a lot less grumpy 🙂

Danny.  I’m pretty sure this was my last Saturday session for awhile due to schedule stuff.

Three Rounds of the following(all were done for 25 yards):

How was your weekend?  How were your workouts this week?

I was SO excited all day for yoga.  Then I found out late in the afternoon that my gym was closed because a truck hit the transformer and they weren’t able to restore power.  I’d be lying if I told you I went home and did yoga on my own.  I totally was a lazy bum all night.

I woke up with the same dizziness I experienced a few weeks ago which was diagnosed as a sinus infection and fluid in my ears.  I went through a 1o day round of antibiotics and now its back.  I’m frustrated – either I have more fluid issues, or that wasn’t really the issue to begin with. Guess I’ll wait it out.

Danny night. It was pretty warm out, but he wanted to workout outside.  Oh joy.

3. Jump rope – 100 revolutions (we don’t go by time anymore because I suck at jump roping)

Because it was so hot, it took me much longer to recover. I’m not built for heat.  I swear it affects me so much more than others.

Since I didn’t get to go to yoga on Monday night, I was bound and determined to go on Wednesday. I even got there early (mostly so I could get my “spot”).

Class was good – much faster paced than normal, which was ok, but didn’t always lend itself to allowing me to get my posture correct.  We did a lot of twists and hip openers.  Much like I have issues with half moon, I have issues with Down Dog Split with a bent knee.  My hips are so tight (especially my hip flexors), its darn near impossible!

Why is this so hard for me? Darn hip flexors.

Danny night.  My back was bothering me throughout most of the day, so I was unsure about how the workout would go. I worried for nothing.

1. Single arm suitcase carry deadlift with kettle bell (10 each side)

Danny time! Well, kind of.  He got stuck on his way in and texted me my workouts and joined me when he got in.

I got to spend the rest of the day with one of my dear friends from college, Alayna.  She is going to the Navy Ball in October and needed to find a dress (and she did!), so we spent the day at MacArthur Mall shopping and catching up.

Another rest day.  I needed it.  I did not sleep well Saturday night/early Sunday morning.  I was up at 4am because a nightmare woke me up and had trouble getting back to sleep. I actually took a nap, which is a rarity for me.  Decided to get to bed early (early for me) because I’m starting morning workouts. 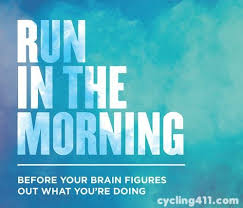 This is the plan….